Old garage where the locomotives of trains arriving in Torrevieja were kept. It has been rehabilitated to be used as Multipurpose Room, being now the headquarters of the Alzheimer Association of Torrevieja. The complete demolition of the building was decided due to its poor state of conservation and the arches and stone pillars of the main facade were recovered. The building consists of a fully diaphanous area covered by a structure of steel trusses and gabled roof with a cover of flat tiles. Next to the building there is another building of two heights of reinforced concrete structure for services with a ground floor kitchen and upstairs office and meeting room. The composition of the facade mimics the hollow repetition of the old building but with different dimensions.
The materials used have been brick for the pilasters and red paint facade, with black aluminum carpentry. The pilaster bases are made of natural stone of the same type as the arches and pilasters of the main facade. On the facade parallel to the greenway there is a metal canopy with glass cover as an allegory of the marquees of old train stations. 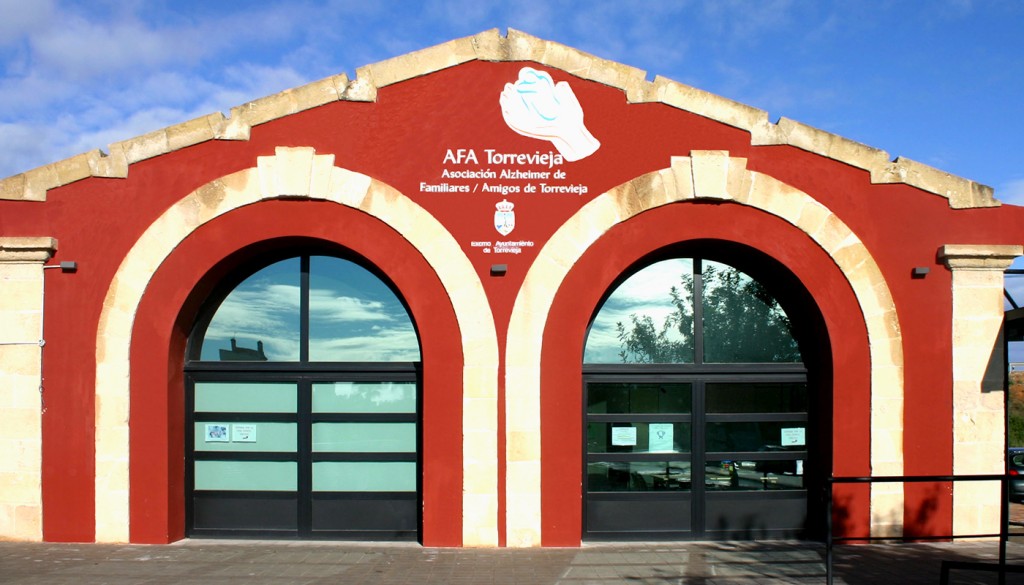 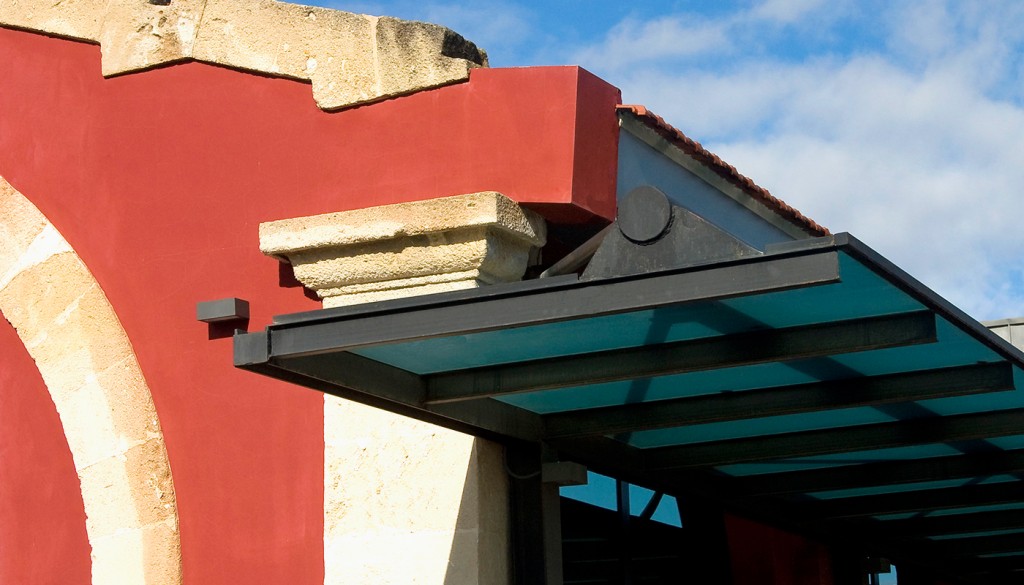 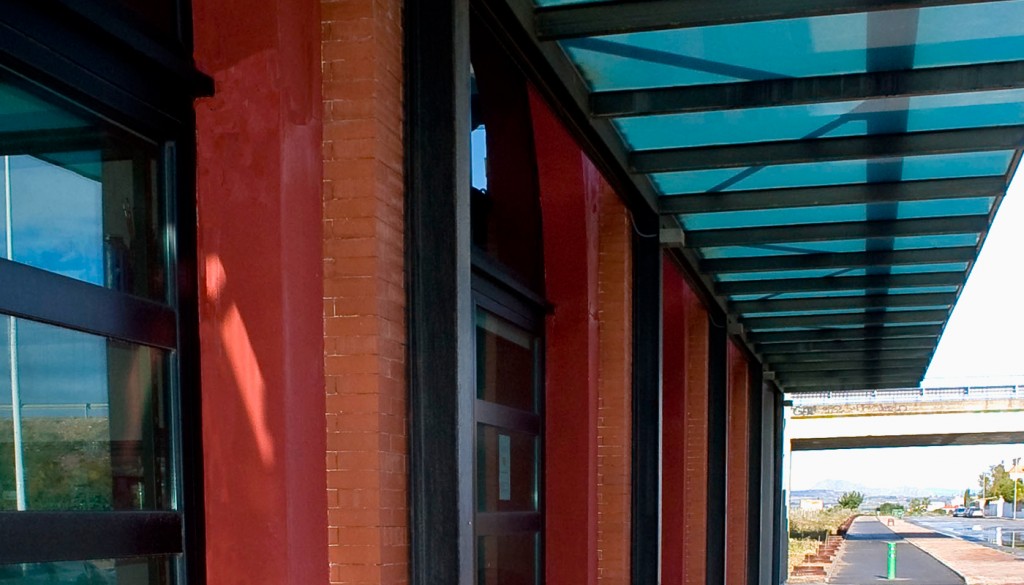